Before reading this blog, it is wise to read the earlier blogs on this subject;

When going to the XenApp Deployment Type in the WinRAR application you see that there is currently no Requirement Rule configured.

The installation of the Deployment Type handler is something like Next, Next and Finish. 😉

So how does it look like after performing the actions mentioned in this blog?

Let’s first log on to my primary device and looking at the setting in the Software Center we see the screen like shown below: 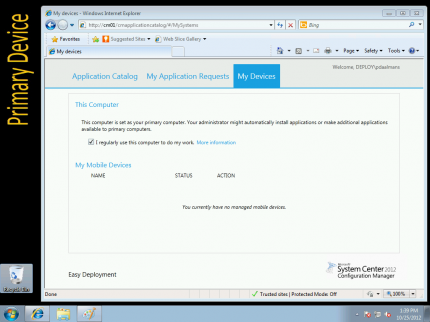 When starting the WinRAR application in the Application Catalog you will see that the App-V version of the package is started using the local App-v client on the primary device. 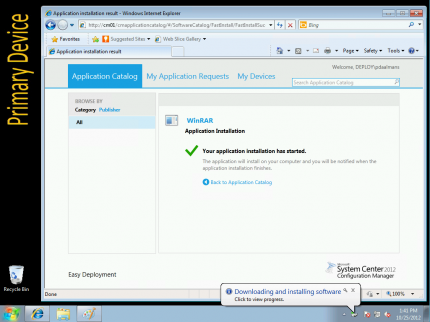 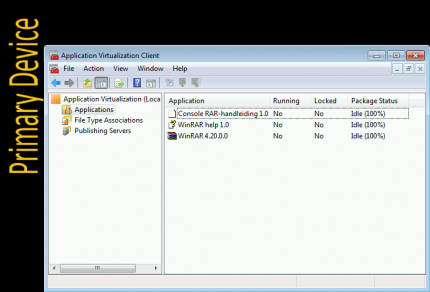 The application is present in the App-V Client 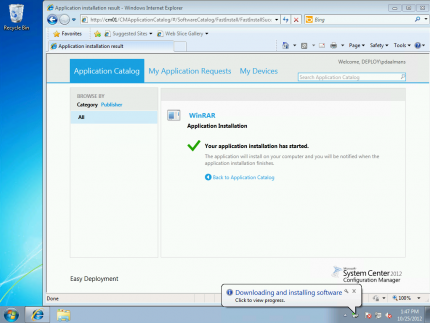 Launching the application on the not primary device

When looking at the start menu, you see the WinRAR shortcut listed. 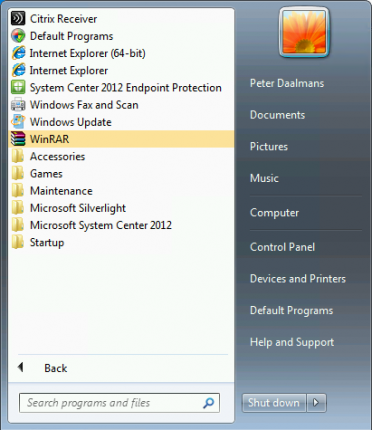 When starting the application you see that the Citrix Receiver is connecting to the Citrix XenApp farm and in the lower right corner you see the App-v client is firing up the WinRAR application. 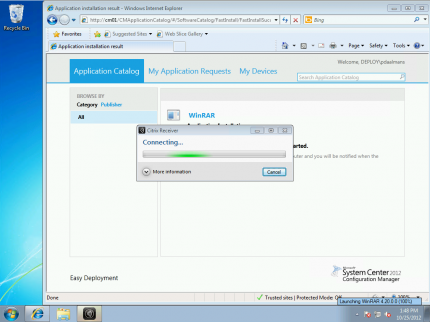 WinRAR is started via the Citrix Receiver

Another nice feature is removing the application, when going to the Software Center you see the option to remove the WinRAR application. 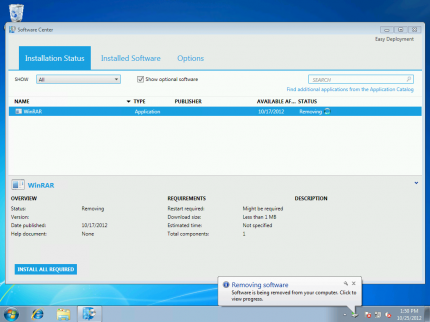 Look at the Start Menu, the WinRAR application is removed. 🙂 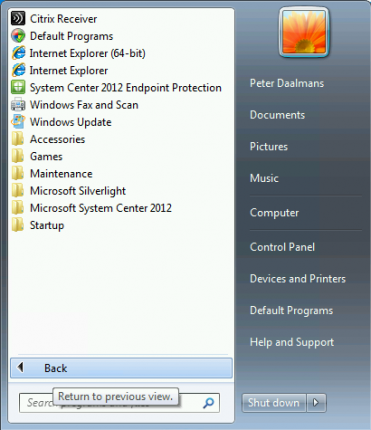 And WinRAR is gone…