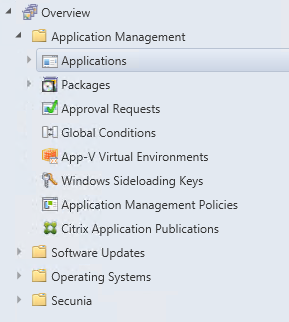 In this node you are able to create the Mobile Application Management Policies for Android and Apple iOS Apps and Managed Browsers. In this example I want to show you that Configuration Manager 2012 also supports and manages the wrapped Notepad App I created for my earlier blogs and sessions on events.

So we are able to create a policy for managed browsers and applications and configure the same settings as in Microsoft Intune stand alone. 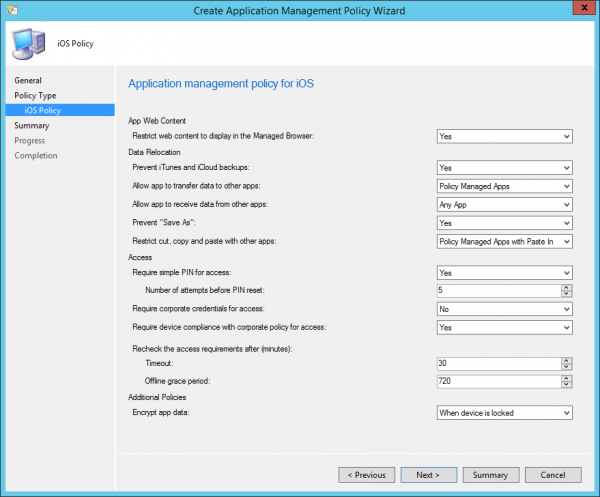 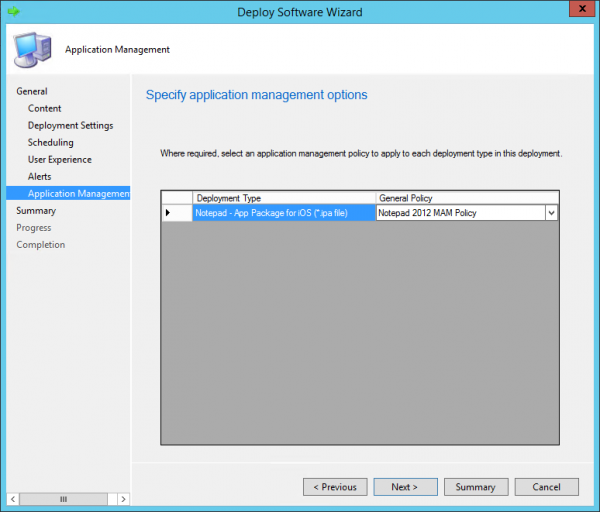 So after deploying it the experience will be the same as described in here and showed here . Below you see some screenshots of the newer version of the app 😉