Looking at the lab environment created for this blog you see that we have two separate stand-alone primary sites installed. The two sites, PS1 and PS2 are installed in the same active directory domain called ConfigMgrLab.com. To be able to use the migration feature you do not need two sites in the same domain, you are able to migrate objects from a different domain without a domain trust.

Setting up the migration feature is not changed with the introduction of Service Pack 1. You still need to configure a source site at the destination site. In this blog we will use PS2 as the destination and PS1 as the source like shown in the figure below. The PS2 site is an empty Primary Site. 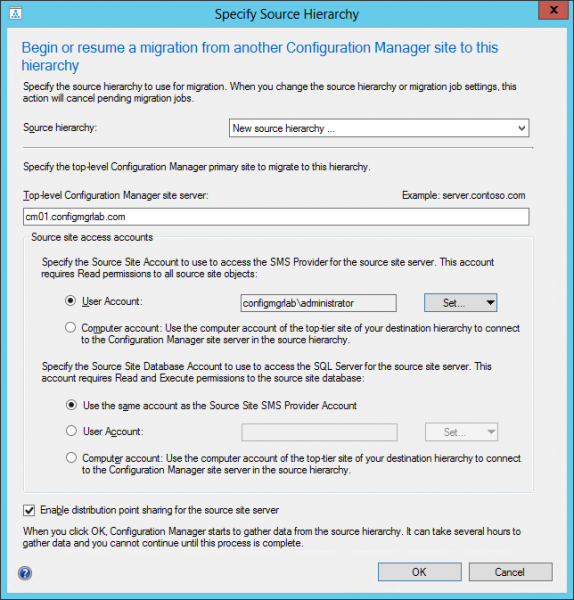 Setting up the migration feature by specifying the source hierarchy

During the data-gathering process information about the following objects are gathered: 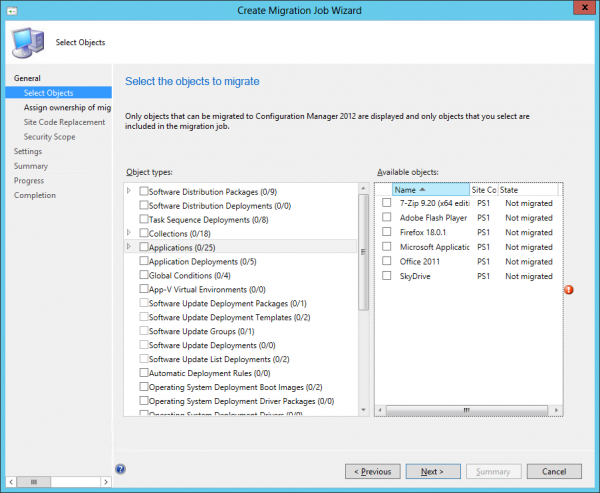 As you are able to see, the list of objects that you are able to migrate between two Configuration Manager 2012 SP1 sites is huge and very different of the ones supported by the Migration Feature in RTM.

After the data gathering process is finished we are able to create a migration job, for this blog we want to migrate all the applications that are used in the PS1 primary site. After starting the Create Migration Job Wizard and selecting the applications a dialog is shown with a message like “the following objects will be included in this migration job because they are required by another object that you have selected”. In this case four global conditions that I used are automatically selected and added to the job to be migrated. 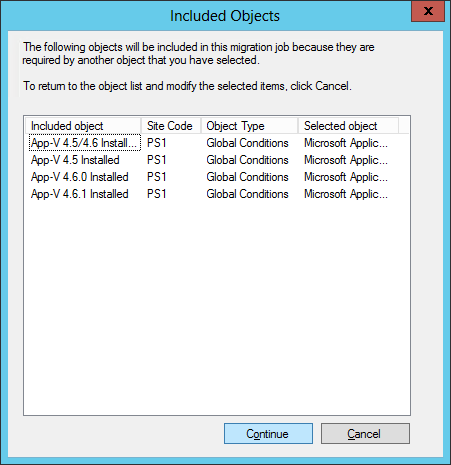 Global conditions that are detected and also need to be migrated

As you see 25 applications and 4 global conditions are selected to be migrated. 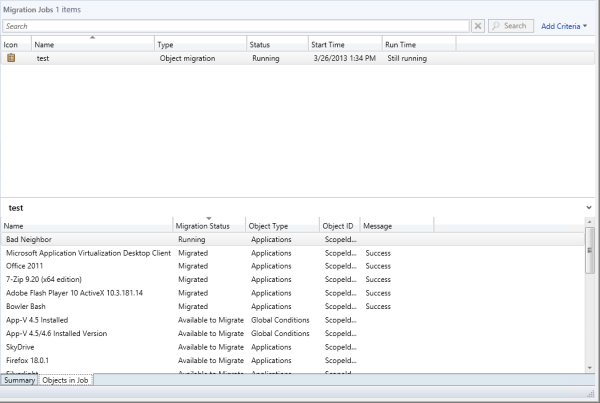 And if all goes well, all the objects are migrated successfully and can be deployed to your clients. Be sure to test it first on some test machines 🙂

Well done, all objects are migrated

Like also with migrating from ConfigMgr 2007, you are also able to remigrate updated objects, share distribution points and so on. Definitely more on this in later blogs 🙂

Another cool new feature if you ask me, you can find more blogs in this series here: